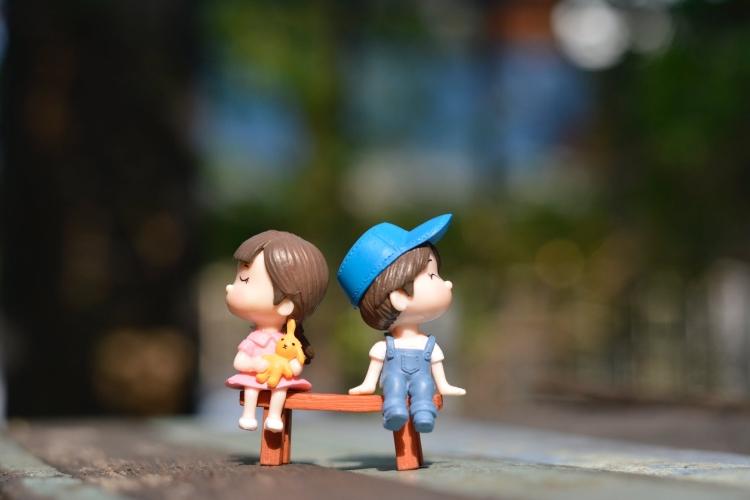 Two days back my nearly four year old daughter returned from childcare and told us about how a boy in her class fell and got a bad cut with glass and had blood oozing all over his leg. In her words below:

“Mummy! You know, Akhilesh fell down today in the big mirror door and the mirror fell on his leg and he got a really big dummm! And then there was soooo much buddd! (Blood) It was red like the colour of apple! Teacher told all the cheeren to sit on the other side!”

I told her, “oh my goodness! That’s terrible! He must have been so scared!”

And she said, “mummy, you know, we were not scared. But Arvi cried. I didn’t cry. But Akhilesh was crying like this wuan wuan. But he is a boy na! Boys don’t cry na!?”

I was stunned to hear her say this. She is just three and a half years old and I couldn’t imagine despite all our best efforts of instilling themes of equality of genders, she had somehow picked this up from somewhere. I tried to make amends by telling her that everyone cries. When we are sad, or hurt or upset, we all cry. Even mummy cries and even papa cries. I wasn’t sure if I got the message across, because she had already bounded away to play with her toys.

Then again, yesterday, she came back home looking very glum. When I asked her what happened, she said, “Mummy, I had a fight with Nysha because I wanted to sit in the window seat and she called me a boy!”

She looked absolutely mortified to have been called a boy.

“And she also said my hair is short like a boy. And my hair is not pretty. So even I called her a boy.” She said with a bit of indignation.

It took me a moment to digest this again and it took me back to when I was in the seventh grade and we had terms like ‘boy touch cross’ and ‘girl touch cross’, which basically meant if you had touched a child of the opposite gender by mistake, it was like getting a disease. And all that immediately reversed the next year when most of us attained puberty and well, wanted to sit with boys and vice versa. I wondered if this was similar or if it was something I should be worried about. If by these small actions and words, they were building up a sort of subtle gender segregation , in their innocent years.

I told her, “but mummy has short hair too and always dresses like a boy. That can’t be so bad?”

I wondered why we had all these boxes as well. She could be whoever she wanted to be. Why did we call a girl who dressed like a boy a Tom-boy and a boy who dressed like a girl, a sissy or metrosexual? Who defines what is right and what is acceptable?

All this has been on my mind since I received a text wishing all the men in the group a happy international men’s day. I instantly wondered, why do we need a men’s day? Are they feeling left out? And then realised with a shock that for all my preaching on equality, somewhere deep down I was judging men too maybe? For having it all?

Preaching is so much easier than practising. My daughter has a long way to go anyway, and she is innocent. I can try and change her judgements. But what about my own judgements?