Over the last week, I read two books written by women, one a work of fiction with a female lead, and another an anthology of poems. Both books had strong messages on feminism though. Both books were light reads, yet talked about serious issues women have to face even today.

**Trigger Warning for both books : Rape, Relationship Abuse (amongst others)** 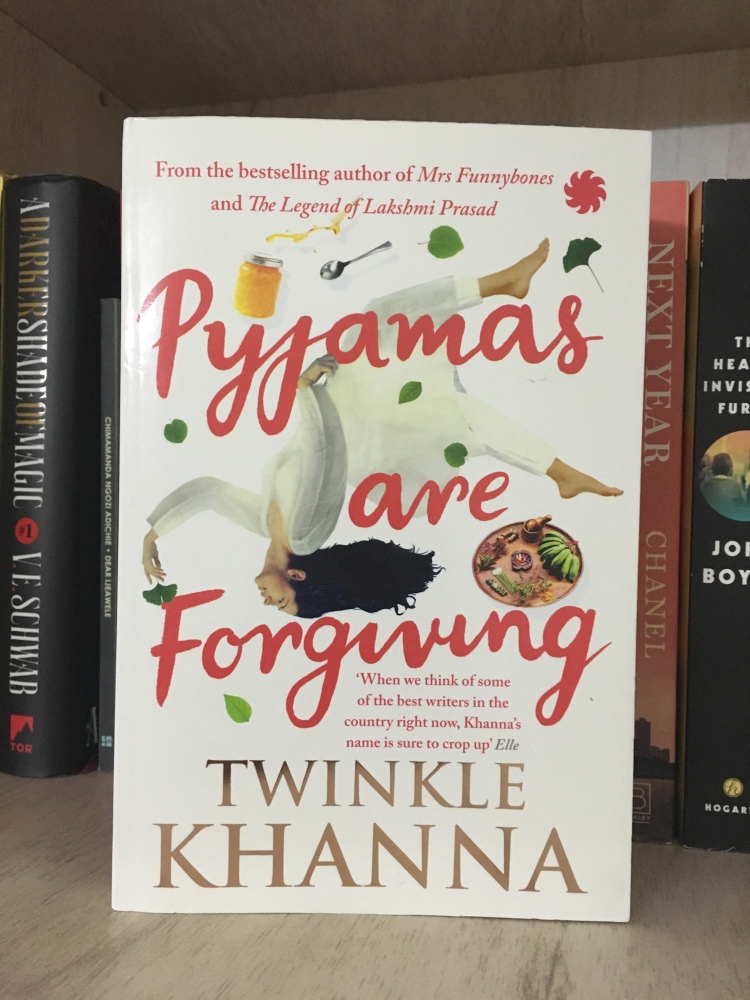 Twinkle Khanna started her career as an actress, but soon realised that her mind was even more polished than her acting skills. So now, she is one of the funniest Indian columnists we have today. And this is her third book.

What I liked about the book:

Overall, I’d recommend this book to people who want to read about self discovery, feminism, standing up for yourself and your friends and have a laugh while doing all this 🙂

Book 2: The Witch Doesn’t Burn In This One (a collection of poems) by Amanda Lovelace

I was presented this book from a pen friend earlier this year. Then, I signed up for for Paige’s reading challenge for 2019, and for April, we were supposed to read a book of poetry. So, it was great that I had this book already, and read it in 2 hours straight! I don’t read poetry, and just last year I had read my first book of poems in my adult life – Milk & Honey by Rupi Kaur (my review here), and this was my second. The style of writing/poetry of both these poets seemed very similar – apparently, they’re calling it insta-poetry or tumbler-poetry or modern poetry. But if I had to rate between the two, then I’d say I was able to relate more and was more inspired by Rupi Kaur’s poems than Amanda’s poems in this book.

What I liked about the poems:

So, I’m not the right person to be recommending any books on poetry, but if you’re like me, and want to say you’ve read some poems, or trying to check out that ‘read a book on poetry’ as part of your reading challenge this year, then this would be a good place to start, I guess 🙂

Questions to you guys:

What are you all reading this summer? Have you read either of these books?

What are your thoughts on this new style of poem-writing? If you were to recommend a book of poems to a novice like me, but something that is easy to read and digest, and is inspiring too, which one would you recommend?