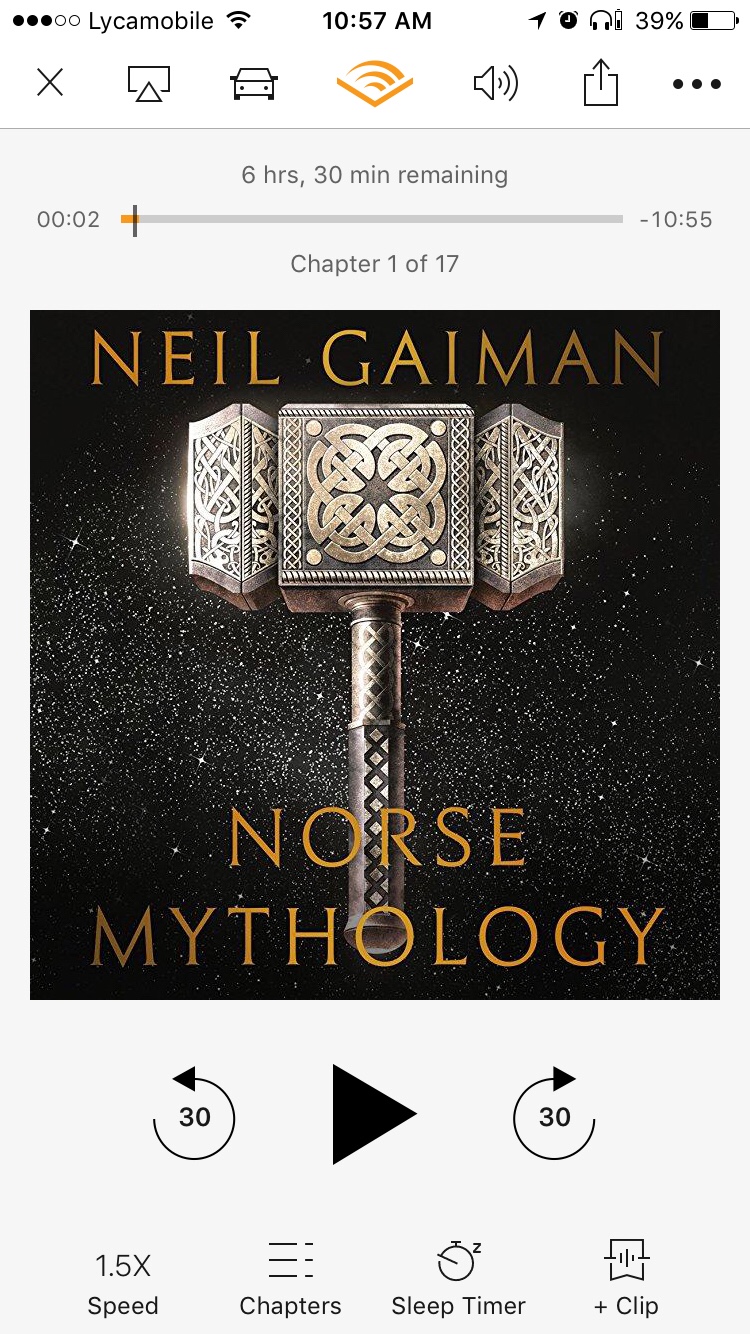 Another audiobook that I really enjoyed because of Neil Gaiman’s voice over, I would say. For some reason, I’ve found that I like it when authors read their own books on audiobooks. I feel like they put in emotion, voice overs and pauses to their characters just like they would have thought of while they were writing their books, and I really enjoy listening to that. It is like taking a deep dive into the author’s mind to feel how they must have thought about the characters when they were writing the book:)

One of my reading goals this year is to read a variety of genres over the year, so I quite enjoyed this fiction based on a mythology that is new to me. The Hindu mythology is quite extensive in its story base already- I mean, we have millions of Gods and Goddesses and so many different story lines! And I have seen a few movies on Greek mythology as well, which feels quite similar to the Hindu mythology. The only taste I had had of Norse mythology are from the Thor movies that Marvel created, and although there were some similarities between the characters in the movie and the book, the stories are actually quite different. And unlike the movie, Thor hasn’t been shown to be a great God in the book- at least that’s how I felt. In fact I found Neil’s voice over for Thor almost hilarious! He sounded like a huge and strong baby! I’m sorry if I offended anyone’s sentiments by saying that, but that’s just how it sounded in the audiobook. I really enjoyed Loki’s voice overs too.

I was a little bored with all the description of killing huge animals to make huge feasts for the Gods. I am a meat eater, but too much talk about feasts around killing animals and mead would put off a meat eater like me too I think. I don’t understand how Gods can eat so much meat to be frank..even I can manage to eat just once or twice a week! Lol The other disappointing part of the book was the ending, since throughout the book, the author keeps referring to Ragnarok- the end of the worlds and building up to it. But when we do come to that part, it was just more about the war than anything else.

Overall, an entertaining and fast read and I would recommend it if you’re trying out a new genre I guess. And aren’t well versed with the Norse mythology:)

In other news, I’ve been having a great weekend so far, quite productive actually! I met an old friend for lunch in London, went crazy at the Harry Potter merchandise store at Kings Cross station, and saw platform 9 3/4!! Woo Hoo! And I went for my first run today after a long time. So how was your weekend and what did you think about Thor and Loki? 😀 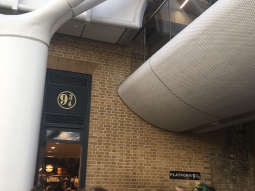