I always wondered how it would be to travel alone and explore things at your own pace or not explore at all and go to a different place and vegetate without feeling guilty about it.. So I thought what better way to find out than try it out?

Therefore after a lot of erratic and confused planning, I saw myself at the woodlands interchange train station on Friday night. The immigration and customs were a smooth walk but my first shock came when I found out I had booked myself an overnight train ride in a seating only car! Well, there was no turning back and that was the first horrible part of my journey.. The train was lit up throughout the night and was so cold that me and some other first time travelers were freezing our minds off since we didn’t have the foresight to bring blankets like some of the local travelers had.. Hehe.. To top it all, the train was on time! So I reached the deserted station of Tampin at 5:30 am when even the sun doesn’t rise that early!  So this is when I decide to throw all caution to wind for a solo female traveler and take a scary looking taxi to my hotel hoping for a miracle early check in, since my check in wasn’t allowed until 2 pm! To add to this, there is no ATM or money changer at the station so travelers better carry their Malaysian ringgits from Singapore itself, if traveling by train.. 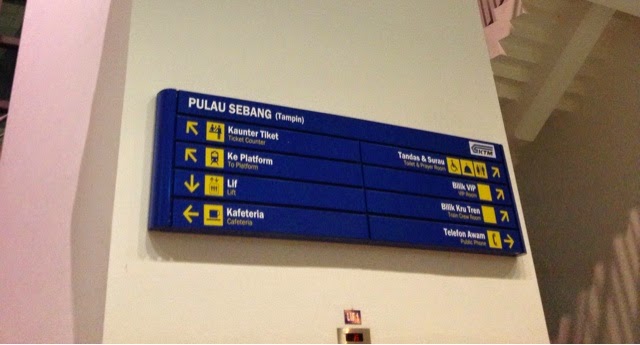 Luckily for me, the cab driver turned out to be a nice bloke and dropped me safely at my hotel and didn’t even haggle when I paid him in Singapore dollars instead.. Then came my second hurdle when I found out that there was no way I could check in earlier since there were no available rooms before my check in! Luckily for me, the attendant at the hotel was really nice and friendly and he allowed me to crash at the lobby until any guests checked out and use the common loo to freshen up, have breakfast and coffee if I wanted to.. We chatted away for a few hours until sunrise and around 8 am lo behold! Some of the guests decided to check out early, so after a very nice breakfast at the hotel cafe, I managed to check in around 10 am and promptly went off to sleep 🙂 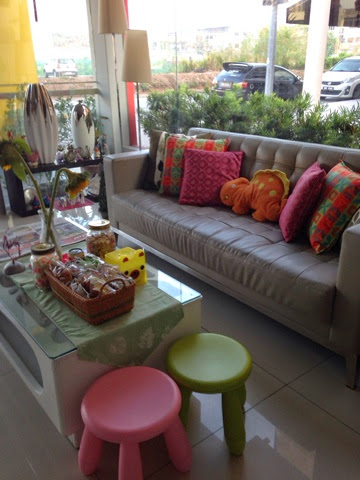 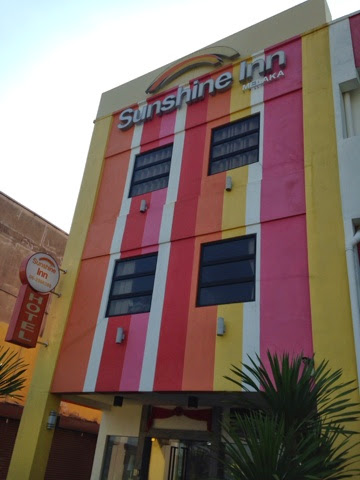 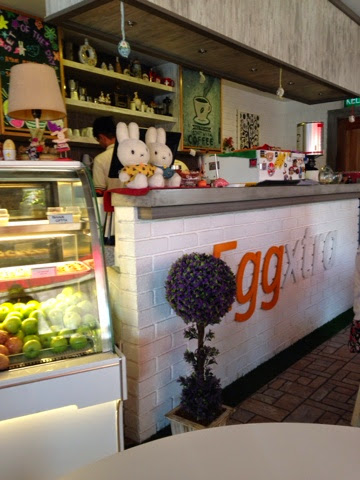 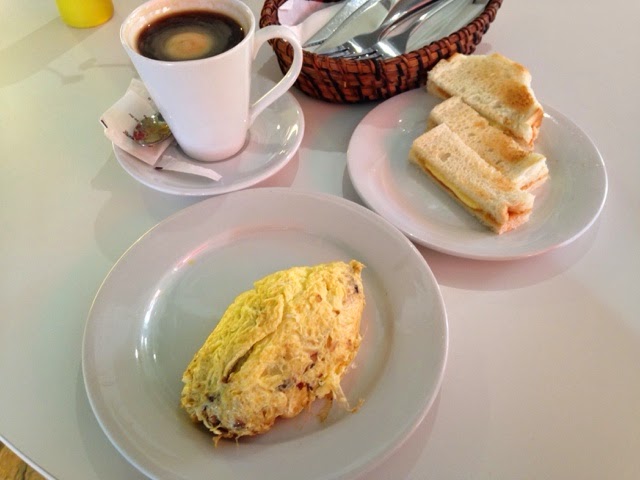 Finally rested and showered, I stepped out of my hotel in the afternoon like a woman on a mission.. Hehe.. I walked down to the only mall in the city to get some Malaysian ringgits first, that done, headed off to have a good meal to give me some energy and settled in for chicken and mushroom clay pot rice at the food court with coconut water and enjoyed my lunch watching a very old jack is chan Kung fu movie that was playing at the mall common area 🙂 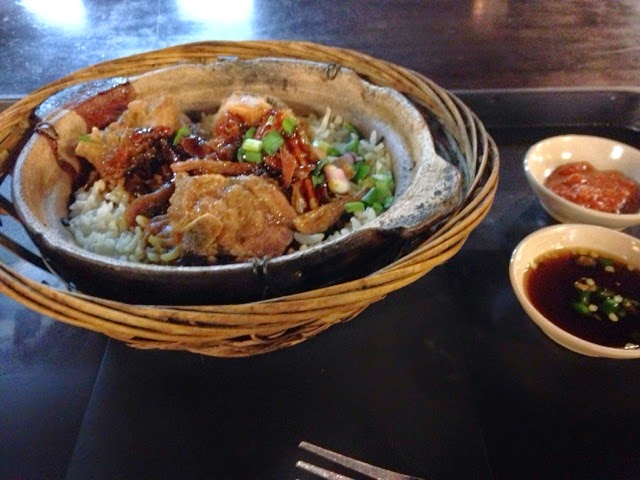 Lunch done, I got a taxi where to my luck the driver turned out to be this extremely amicable fellow who was all too eager to make my touristy dreams come true 😉 so he drove me around first to the Portuguese settlement to a fort, where I practised my art of taking selfies, followed by a nice short walk to a place which resembled marine drive back in India. We wrapped up the Portuguese settlement with a visit to this beautiful mosque called salamat masjid Melaka, but what I enjoyed the most was sharing stories with my friendly cabbie really:) 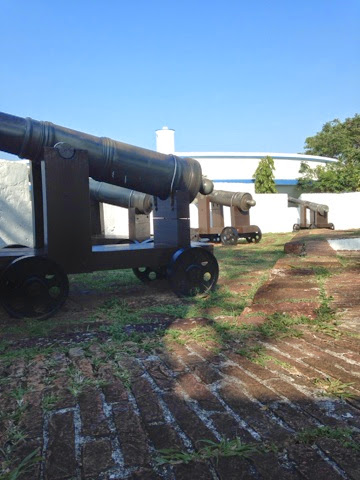 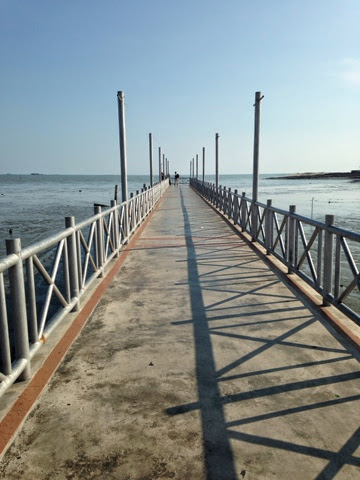 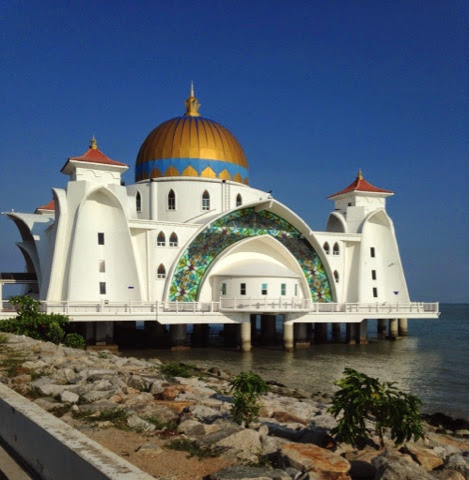 My friendly cabbie finally dropped me at the Dutch heritage walk with a lot of advices and his business card! It was around 5 in the evening, but still quiet hot..but since I was already in high spirits, I dived right into part 2 of my exploration at the Dutch heritage walk. Started off with the remaining wall left of Porta de Santiago and a short climb up to the graveyard, followed by a very interesting walk towards the river quay area accompanied by throngs of other tourists and blaring music coming from these cute little colorful rickshaws! 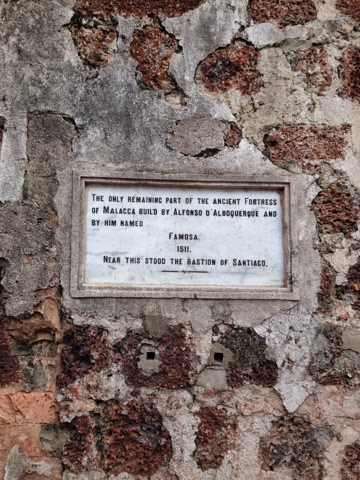 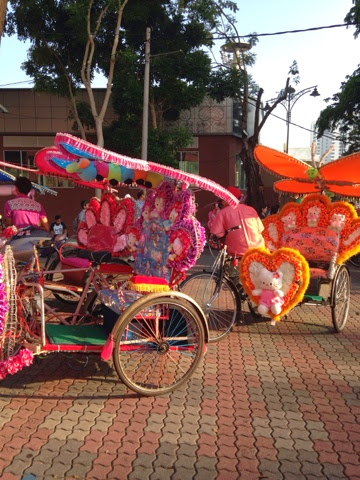 I was a little late for most museums, but I didn’t feel like I missed much there.. However I did visit this naval maritime Meusuem along the river walk which had an interesting ship that everyone took pictures of. I also found some kind locals who saved me the torture of clicking selfies so I could act model for a change on a solo trip! Hehe .. Tired and hot, I finally decided to rest and watch the sunset along the river side before heading it again… It was just beautiful and so calming 🙂 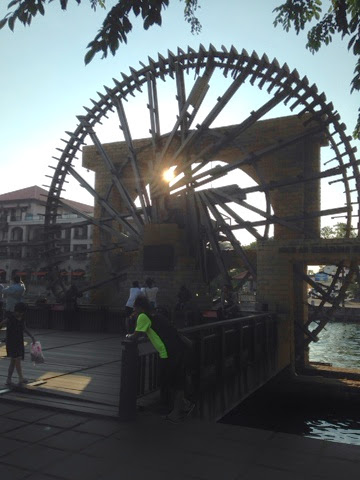 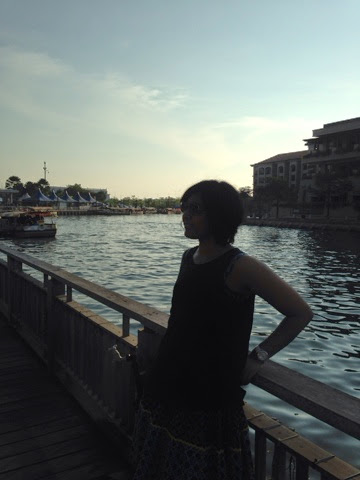 So it was time to get to my next agenda which obviously would centre around food 😉 so I walked down to the famous jonker walk, which was as crowded as chandni chowk in India! Locals and tourists thronged the place while small vendors were lined up on either side of the street selling nick knacks, small eats, desserts, souvenirs and what not! I tried some local fried stuff that they were selling but guess it was a bad idea, since it was a bit too pungent tasting for me. I had to get rid of my thirst and that taste, so I tried out their local dessert called cendol, which was just superb!! It had crushed ice laced with coconut cream on top of sweet beans and semolina I think.. It was just super refreshing! I walked around a little more and lo and behold! Found a Hard Rock Cafe there!! Obviously my focus changed since good music and beer was all my brain was thinking if then 😉 I sat down at HRC, ordered myself a big pint of beer and chicken wings and settled in at the bar. The best part of being alone was that the bar tenders and waitresses there came in and have me company now and then and this young fellow called then asked me to attend re Easter mass celebration happen ending at a nearby church..but I thought and declined since my own religious ideas didn’t make me comfortable visiting the church after drinking.. So maybe another time:) 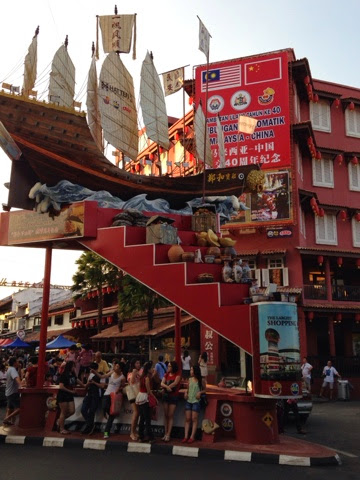 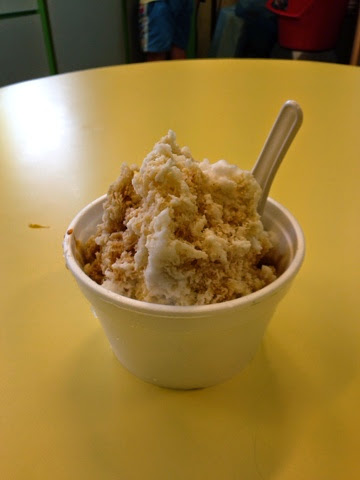 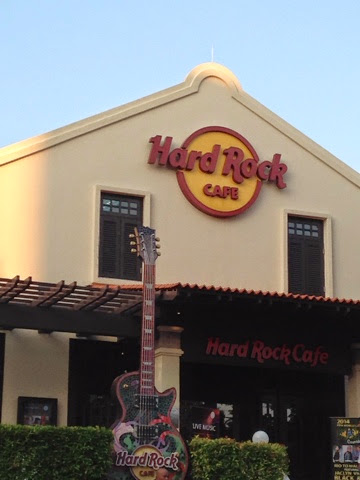 A little while later, since it was starting to get late and I was alone here, I decided to be sensible and responsible for a change and headed back to my hotel. I was still hungry and luckily for me found a nice little cafe called the elvis music cafe near my hotel where I stuffed myself with amazing chocolate cheesecake and ham and egg wraps! Yeah, people do call me porky pig at times too and I’m not surprised now.. Hehe 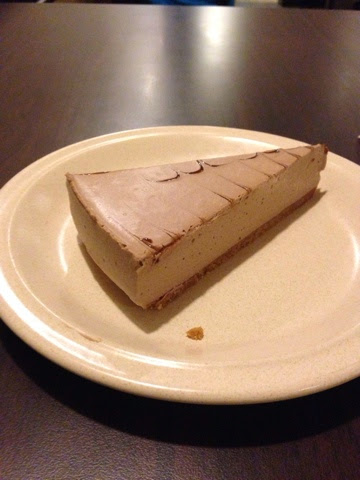 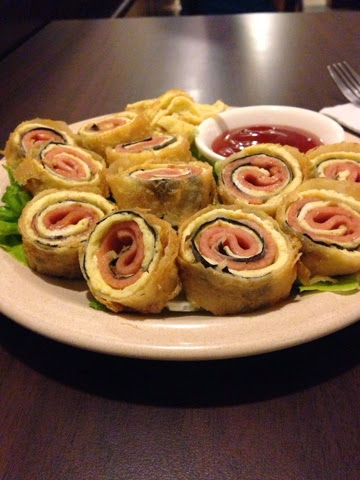 Finally my awesome and hectic day was over, I checked in back into

My room, showered, opened another beer for the night, watched some random local tv in my room and fell off to a much deserved and amazing sleep 🙂

The next day I woke up late and had another round of lazy breakfast but decided not to venture out again since I had already seen everything and it’s too hot in the day to enjoy any outdoor walk really.. So I lazed around in my hotel room and checked out just before lunch to have lunch at casa del rio resort.. That again was so relaxing 🙂 if you have the money, I would recommend staying here.. Coz the view and service is definitely worth it and it’s right in the heart of the city 🙂 I bought some source owes for myself to remind me of my first solo trip adventure and then boarded the bus at 4. The return bus journey was quite smooth, except for the very long time that it takes to clear the immigration at Singapore, so be prepared for at least a 6 hour journey back 🙂 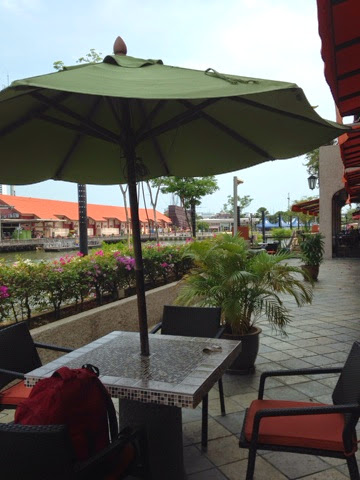 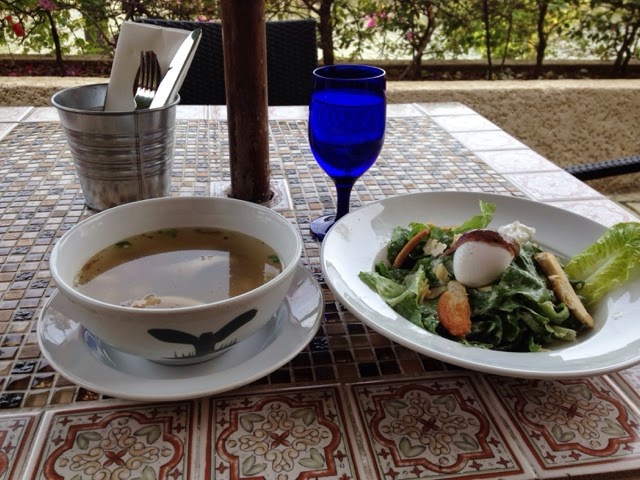 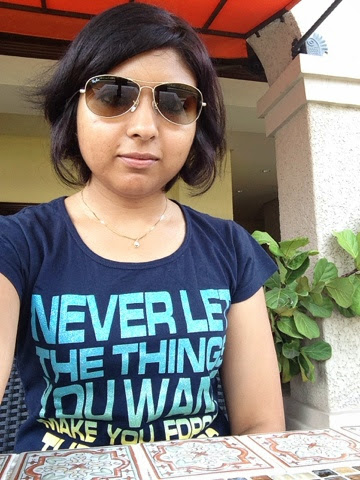 Word of advice for solo travelers- just stay alert and careful, the people in general are friendly though 🙂 and definelty try the cendol! Hehe